Meet Inspiring Speakers and Experts at our 1000+ Global Events inclusive of 300+ Conferences, 500+ Workshops and 200+ Symposiums Every year on Medical, Pharma, Engineering, Science, Technology and Business.

Theme: Theme: New Approaches and Innovations in Microbiology and Immunology 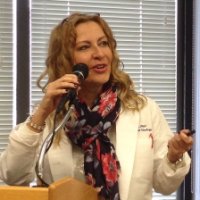 Conference Series LLC Ltd takes immense pleasure to welcome you to join “3rd International Conference on Microbiology and Immunology”, which is organized at London, UK during November 21-22, 2022. The main aim of the conference is to unite a one of a gentle and worldwide assortment of vast and moderate therapeutic, biotech and driving colleges and clinical research formations and demonstrative organizations.

With folks all over the world concentrated on discovering microbiology and immunology, this is the outright best chance of getting the major assemblage of Microbiology and Immunology group members. Host workshops, distribute data, meet recent and potential handlers, sprinkling one more product offering, and earn name appreciation on this two-day opportunity.

The study of the biology of tiny creatures such as viruses, bacteria, algae, fungus, slime moulds, and protozoa is known as microbiology. The techniques used to study and handle these tiny, primarily unicellular organisms differ from those employed in most other biological studies.

Pure microbiology is an area of study that deals with the use of microbes in the creation of human useful products such as medications, antibiotics, vaccines, enzymes, and biotechnological products.

Immunology is the study of immune system.  Through many layers of defence, the immune system defends us against illness. When the immune system does not operate properly, it can lead to diseases such as autoimmunity, allergies, and cancer. It is increasingly becoming obvious that immunological responses have a role in the development of many common ailments that were not previously thought to be immunologic, such as metabolic, cardiovascular, and neurodegenerative diseases like Alzheimer's

Pathogenicity refers to an organism's capacity to produce illness, whereas virulence relates to the severity of the disease induced.

Virulence: A microorganism's ability to cause illness in the host Food can include dangerous germs that can cause sickness in those who ingest it.

Biotechnology is a science-driven business sector that produces healthcare-related goods by utilising   live creatures and molecular biology. Biotechnology firms also create treatments or procedures (such as DNA fingerprinting). Biotechnology is well recognised for its involvement in medicine and pharmaceuticals, but the field is also used in genomics, food production, and biofuel generation.

Synthetic biology is a branch of research that includes engineering organisms to have new capacities in order to modify them for practical uses. Researchers and corporations all across the world are utilizing nature's power to tackle challenges in medical, industry, and agriculture.

Synthetic biology initiatives frequently aim to redesign organisms so that they create a material, such as a medication or fuel, or develop a new capacity, such as sensing something in the environment.

The microbiome is made up of both beneficial and possibly dangerous bacteria. Most are symbiotic (beneficial to both the human body and the microbiota) while some, in tiny numbers, are harmful (promoting disease). Pathogenic and symbiotic bacteria coexist without conflict in a healthy body.

Food microbiology is the scientific study of microorganisms found in food as well as those employed in food production. This covers both microbes that infect food and those employed in its manufacture, such as yoghurt, cheese, beer, and wine.

Microbial evolution refers to genetically driven changes in microorganisms that persist over time. Some microbial alterations may occur as a result of a selection pressure. The many changes that may occur in bacteria in response to the presence of antibiotics are the greatest illustrations of this.

Nano microbiology is found at the intersection of biology and nanoscience. It is a fascinating and fast growing field of study made possible by the advancement of atomic force microscopy (AFM). Researchers can now investigate cell membranes and living cells in unprecedented detail because to nano microbiology.

Gene therapy is a medical treatment or prevention method that corrects the underlying genetic issue. Instead of utilizing medications or surgery, gene therapy procedures allow doctors to cure a problem by modifying a person's genetic composition. The first form of gene therapy, also known as gene transfer or gene addition

Microbial Immunology anticipates research into reactions to any microbial agent, including viruses, bacteria, and parasites. The study of host-pathogen interactions at the molecular and cellular levels is the focus of Microbiology, Microbial Pathogenesis, and Immunology.

Because of their constant interaction with the immune system, most parasites elicit a robust immune response. Unfortunately, most of this reaction is detrimental, rather than protective. In certain infections, protective immunity is due to a mix of humoral and cellular immunity; in this case, parasites are coated with antibody, making them vulnerable to direct cytotoxicity by macrophages, eosinophils, and neutrophils. Some other infections are protected by antibodies alone. Nonspecific and genetic variables are unquestionably essential, but they remain undefined players in the host response. By producing hypersensitivity, immunologically induced fibrosis, or circulating immune complexes, the immune response might be harmful. Furthermore, parasites have evolved novel means of evading the immune system, such as changing their antigenic coat and producing immunosuppression. Attempts to extract "host-protective" antigens in parasite illnesses may lead to the creation of an effective vaccine.

Mucosal immunology is the study of immune system reactions at mucosal membranes in the intestines, urogenital tract, and respiratory system. The mucous membranes are constantly in touch with germs, food, and allergens inhaled. The mucosal immune system defends the body against infectious pathogens and maintains tolerance to non-harmful commensal bacteria and benign environmental chemicals in healthy conditions. Disruption of this equilibrium between pathogen tolerance and pathogen deprivation can result in pathological diseases such as food allergies, irritable bowel syndrome, infection susceptibility, and more.

The mucosal immune system is made up of a cellular component, humoral immunity, and defensive mechanisms that prevent bacteria and dangerous foreign substances from entering the body. Physical barriers and chemical components are two types of defensive systems.

Autoimmune illnesses are caused by the immune system misdirecting itself onto its host and have significant and growing unmet therapeutic requirements. In general, current medicines are broad-acting and non-specific.

Autoimmune illnesses are characterized by powerful and inappropriate immune responses that arise from a background of immunodeficiency and immunological deregulations. For far too long, our sole option for treatment has been broad-spectrum, nonspecific suppression with potent, very lethal medications.

The study of the immune response that happens when an organ or tissue is shifted (grafted) from one person to another is known as transplant immunology. A key challenge after transplantation is that the recipient's immune system perceives the grafted tissue as 'foreign,' attacking and destroying it.

Tumor immunology is the study of the interaction between immune function and tumour cells, which is important for understanding the causes of tumour rejection and progression. The immunological pathways underlying cancer progression are extremely complicated, encompassing both tissue-resident and blood-derived cells. The human immune system mounts a natural endogenous response to highly immunogenic tumour cells via a series of steps that include presenting tumor antigens to T cells via antigen-presenting cells (APCs), priming and activating T cells in lymph nodes, trafficking and infiltration of T cells into tumour beds, recognition of cancer cells by T cells, development of antigen-specific effector and memory T cells, and humoral immunity, which allows effector T cells and memory T cells to interact.Vaccines And Immunotherapy

Veterinary immunology is the study of all components of an animal's immune system. It is a subfield of biomedical science that is connected to zoology and veterinary science. Interests include immune system malfunctions and illnesses, as well as animal health. It is curious about how the immune system functions, how vaccinations prevent disease, and why vaccines occasionally fail and produce severe effects.

To Collaborate Scientific Professionals around the World

All accepted abstracts will be published in respective Our International Journals.

Abstracts will be provided with Digital Object Identifier by